In the Fall of 1996 the German radio station DeutschlandRadio Berlin organized a festival called “Stimmen im Herbst” (“Voices in Autumn”) to promote the production of art songs for voice and piano accompaniment by commissioning a number of poets and composers to collaborate in providing new pieces for this song festival. My dear friend, the Romanian-born German poet Oskar Pastior (1927-2006), a major representative of German experimental literature, was asked to write a poem for this event, and I was to set it to music. I had composed my only opera “Patmos” some years before, a musical-theatrical setting of the Apocalypse of John, and just finished the 5th and final movement of my cello concerto “wir aber singen” (“But We Sing”), the solo part of which is a sequence of transcriptions of some of the incredibly stirring sibylline words the classical German poet Friedrich Hölderlin notated in the so-called “Homburger Folioheft”, the sketch book that accompanied him while he went through the catastrophic vertex of his life; and when Oskar Pastior and I met up to discuss our collaboration, we had the idea that his new autumn poem should perhaps also be prophetic in some way.

A few weeks later he gave me this tough and beautiful poem “O-Ton “Automne” – Linguistikherbst” (“O-Tone “Automne” – Linguistic Fall”) which contemplates the time of autumn, the absent “Zero-Phoneme”, the growing pumpkin, the scythe, the synopsis (“Water lily lake / water lily bay”), the “duckweed porridge”, the shelf and the infinitely melancholic “Za-Um-woe” (which refers to the name of Velimir Khlebnikov’s universal poetic language of the stars). 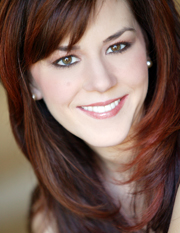 The fifth stanza contains a little poem within the poem which constitutes the exact Morse-code message sent by the “semaphores”. In my composition, I have used this data to generate the rhythmic structure of the entire piano accompaniment, which also traces the skillful artistic order of the poem’s phonemes by echoing all of its “O”-sounds (with major thirds that are somewhat out of tune) and all of its “E”- and “A”-sounds (with various noises generated inside of the piano). These noise signals, representing the voices of the Russian grasshopper “Kusnejchik” or “Small Blacksmith” and of the cricket “Zinziwer”, are ringing like solos above a continuous choral of “evening bells”, i.e. various precisely defined flageolet sound aggregates produced on a single bass string by an accentuated touch of the piano key while briefly touching the string at a specific node with a finger of the left hand. Because of the inevitable inharmonicities of the piano strings, these chords of natural harmonics are tuned in a slightly blurred kind of just intonation; but they are nevertheless always supporting the tunes of the soprano voice which is rendering Oskar Pastior’s striking phonemes with maximum intensity and with a particular emphasis on their sonorous materiality.

To assist Rebecca Tomlinson in her dedicated work of rehearsing my song for its American premiere, I have tried to provide a decent translation of Oskar Pastior’s poem (even though this seemed like an utterly impossible task at first) by simply keeping it as literal as possible while precisely maintaining its rhythm. (WvS)

The semaphores send Morse-code:
“as of yet tooth / by breadth of hair
skillet the hare / is collared soon
the year gets old / before it’s gone”